11 Facts About ‘CNN Hero’ Maggie Doyne You Should Know About

Maggie Doyne has been felicitated as CNN Hero of the Year 2015 in front of an all-star cast. It is the third time that the prestigious award has been conferred to individuals who accentuated their heroic works in Nepal.

First, it was Anuradha Koirala, then came Pushpa Basnet, and now the American Maggie Doyne who devoted her life to serving children in Nepal. Her selfless determinations which improved the lives of hundreds of children have been revered.

Her act of kindness in providing education to underprivileged children is truthfully a blessing for the rural community of Surkhet. Doyne’s work is rightly an encouragement to millions of aspiring social workers. We have compiled facts about Maggie Doyne that not many people know about.

The immense undertaking by Maggie Doyne deserves all the appreciation. The unconditional support that she has given to hundreds of children in the rural district of Surkhet deserves the gratitude of the highest order.

Maggie Doyne was born and raised in Mendham Borough, New Jersey. She has two siblings, Kate and Libby.

Her father Steve Doyne quit his job as a manager at a local natural foods store to become a stay-at-home dad, while her mother was working as a real estate agent.

In 2005, after her high school graduation, she decided to take a break from her studies and go explore traveling with the help of LeapNow organization.

Her first association with children was not in Nepal, but rather in northern India. She was left in charge of looking after more than 50 kids at the children’s home.

Doyne came to Nepal to visit her friend’s hometown who she met in India.

While in Nepal she came across a girl named Hema, who was working by the river bank-breaking stones. Maggie decided to help Hema go to school, she used her savings from her babysitting job back in New Jersey.

Soon after Hema got the opportunity to continue her studies, Maggie decided to use all of her savings to help other children as well. She even conducted a fundraiser in her hometown and used the money to purchase land at Kopila Valley, Surkhet. 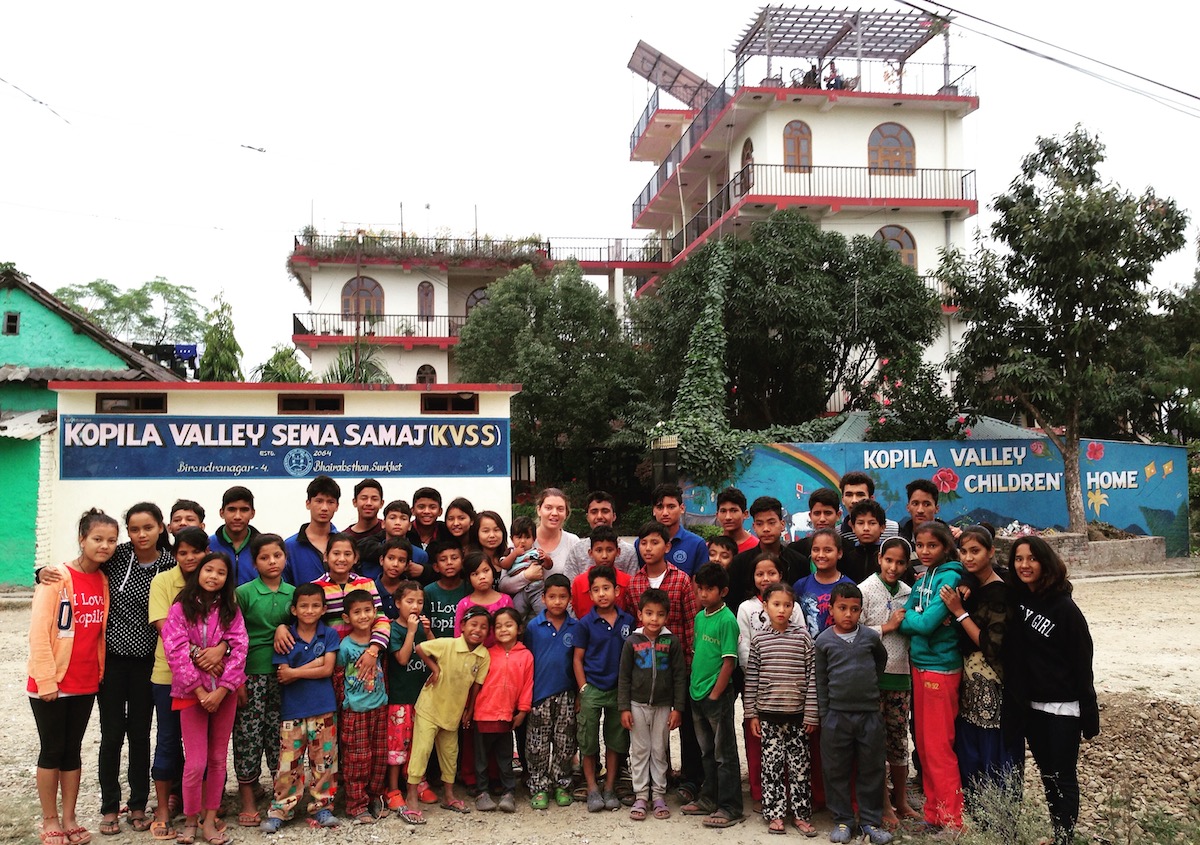 In 2008, she established Kopila Valley Children’s home to 44 children. These children were provided with proper care and education in the center.

Maggie Doyne became unsatisfied with the education system and felt the need to broaden the outreach of other needy children. Therefore, in 2010 she established her own institution, named, Kopila Valley School.

In 2013, Doyne opened a women center with the objective of providing literacy and vocational skills training to the women of Surkhet.

Maggie Doyne is the founder and CEO of the BlinkNow Foundation. The organization receives funding and rent-free office space from the Community Foundation of New Jersey.

A big salute from all of us here at Buzzativ! to this wonderful human being. Our world needs more heroes like her.

Liked this story? We’ll send you more. Subscribe to our newsletter and get handpicked stories delivered straight to your inbox every day.

Buzzativ is available on Telegram & Messenger too, click to join.

Previous articleHow To Describe Your Love? Take Some Advice From ‘Love Guru’ Bhim Niraula
Next articleSome Brilliantly Designed ‘Jugaad’ That Leaves You In Total Awestruck

9 Female Authors That Have Turned Themselves Into Celebrated Icons

‘Maha Jodi’ Replies To India On Imposing Blockade To Nepal

6 Banned Indian Movies That You Should Strictly Watch Alone!

Can You Guess The Material These Wedding Dresses Are Made From?

People Recall Their First Kiss And It Makes You Remember Yours

6 Health Benefits Of Sleeping Without Pillow That You Should Know